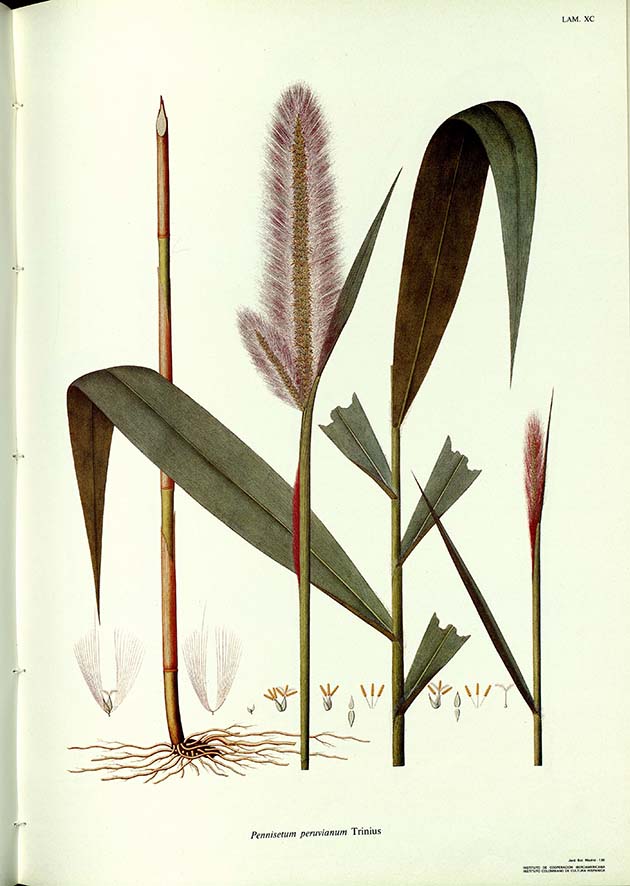 The botanical expedition organized and led by José Celestino Mutis was the first of its kind in the territory of Colombia and lasted more than 30 years. Its aim was to identify and classify the flora of the region, with its characteristics, in a precise and detailed manner according to the new scientific methods appearing throughout the XVIIIth century.

Among the multiple aspects of this extraordinary expedition this project examines two aspects: its importance for the history of science on the one hand, and the links it forged between scientific research and art, on the other. Our investigation is thus situated at the crossroads of the history of science and art taking the expedition as a starting point and guiding thread, to deepen the understanding of the relationships between memory, science and art.

This transdisciplinary project in the history of science, art and biology is currently supported by the University of Paris 1, Panthéon Sorbonne, the Centre Marc Bloch in Berlin and the Viadrina European University. We propose to carry out an in-depth study, followed by a publication and an exhibition, considering the drawings produced by the Mutis' investigation as a source of memory in order to approach the different aspects of the expedition and place it in its scientific context.

In the same way, we propose to create an artwork that elicits memories stored in images, placing them in relation to the genetic and living memory of the plants themselves. Studies in biology show that the plant world has its own codes that enable it to record events, or even a chain of events and to transmit or to use this "knowledge" for its own benefit or that of its species. Some of these memory codes are written into the DNA of a plant, but temporary and specific information may also be saved and be visible in the external appearance of the plant.